Juliette Lewis is an American singer and actress born in Los Angeles, California. She rose to prominence by portraying the role of Danielle Bowden in Cape Fear (1991), for which she received both an Academy Award and Golden Globe for Best Supporting Actress nominations. She’s also played memorable roles in such films as What’s Eating Gilbert Grape, Natural Born Killers, From Dusk till Dawn, Strange Days, The Evening Star, Kalifornia, The Other Sister and Conviction. She was the lead vocalist of the rock band Juliette and the Licks until 2009. Born Juliette L. Lewis on June 21, 1973 in Los Angeles, California, to Glenis Duggan Batley and Geoffrey Lewis, she has eight siblings. She married Steve Berra in 1999, and the couple divorced in 2003. 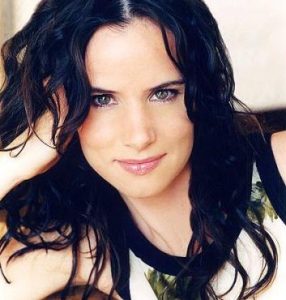 Juliette Lewis Facts:
*She has eight siblings.
*For her work in Hysterical Blindness, she received an Emmy nomination.
*Empire magazine named her one of the 100 Sexiest Stars in film history in 1995. (#75)
*She was in a relationship with Brad Pitt from 1989 to 1993.
*Follow her on Twitter, Facebook and Instagram.