American actress Elizabeth McGovern Biography, Family, Height, Weight, Age, Measurements will be discussed here. Elizabeth McGovern’s personal details can be checked here. She played the role of Evelyn Nesbit in the 1981 drama film Ragtime for which she received an Academy Award nomination. 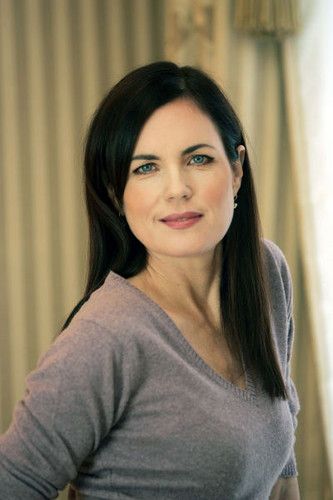 Elizabeth McGovern is an American actor and musician. She received a nomination for the Academy Award for Best Supporting Actress for her role as Evelyn Nesbit in the 1981 musical film Ragtime. She played Lady Cora Crawley, Countess of Grantham in the British drama series Downton Abbey for which she received an Emmy Award and Golden Globe Award. Her other notable film appearances include: Once Upon a Time in America, She’s Having a Baby, The Bedroom Window, The Handmaid’s Tale, and The Wings of the Dove. Also a musician, McGovern’s band Sadie and the Hotheads released their first album titled Still Waiting on December 23, 2015.

She married Simon Curtis in 1992. They have two daughters named Matilda Curtis and Grace Curtis.

Music group: Sadie and the Hotheads

Elizabeth McGovern Facts:
*She was born on July 18, 1961 in Evanston, Illinois, USA.
*Her ancestry includes Scottish, English, and more distant German.
*She began acting in school plays at North Hollywood High.
*She made her feature film debut in Ordinary People (1980).
*She considers Kevin Spacey to be her inspiration.
*She is a fan of Taylor Swift.
*She counts Edith Wharton and Henry James among her favorite authors.
*Visit her official website: www.elizabethmcgovern.co.uk
*Follow her on Twitter.