Danish supermodel Helena Christensen Biography, Family, Height, Weight, Age, Measurements will be discussed here. Helena Christensen’s personal details can be checked here. She was crowned Miss Universe Denmark in 1986 at the age of 17. She rose to prominence in the 1990s, becoming one of the most popular models of her time. 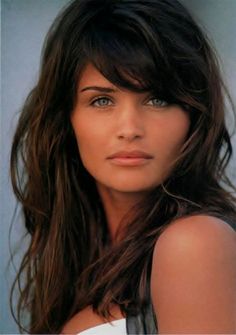 Helena Christensen is a Danish supermodel and photographer. One of the world’s top fashion models in the 1980s and 1990s, Christensen is a former Victoria’s Secret Angel, clothing designer and beauty queen. She has appeared in campaigns for many important fashion houses and designers such as Revlon, Dolce & Gabbana, Chanel, Versace, Lanvin, Valentino, Karl Lagerfeld, Prada, Sonia Rykiel, and Hermes. She has also been featured in magazines such as Elle, Vogue, Harper’s Bazaar, W, and Tatler. She also worked as Creative Director for Nylon magazine. Christensen launched her own clothing line, Christensen & Sigersen, with lifelong friend Leif Sigersen.

Born on December 25, 1968 in Copenhagen, Denmark, to a Danish father, Fleming and a Peruvian mother, Elsa, she has younger sister named Anita. She was crowned Miss Universe Denmark in 1986, and represented Denmark in the Miss Universe 1986 pageant held in Panama. In 1987, Christensen participated in the Look of the Year 1987 competition, where she was a finalist. She left home soon after to pursue modelling in Paris.

Christensen dated and lived with INXS frontman Michael Hutchence on and off in France and Denmark for five years in the early 1990s. She was in a relationship with actor Norman Reedus for five years. The relationship produced one son, Mingus Reedus. From 2008 to 2015, she dated Interpol singer Paul Banks.

Helena Christensen Facts:
*She was born on December 25, 1968 in Copenhagen, Denmark.
*She began modeling at the age of 9.
*She was crowned Miss Universe Denmark in 1986.
*She was discovered by photographer Friedemann Hauss.
*She was ranked #12 in Channel 5’s “World’s greatest supermodel”.
*She is an accomplished photographer.
*She is fluent in Danish, Spanish, English, French and German.
*She collects perfume bottles.
*She launched a lingerie collection called Helena Christensen for Triumph in 2012.
*She is a supporter of funding for breast cancer organizations and other philanthropic charities.
*She has homes in Monaco, France and in New York City.
*She is good friends with Michael Stipe.
*Follow her on Instagram.