English television personality who is best known as a judge on television programmes Pop Idol, The X Factor, America’s Got Talent, American Idol and Britain’s Got Talent. Cowell is the principal, founder and chief executive of the British entertainment company Syco. 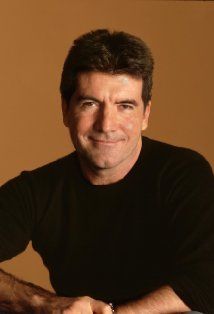 Born Simon Phillip Cowell on October 7, 1959 in Lambeth, London, England, he is the son of estate agent and and music industry executive Eric Cowell Sr. and socialite Julie Brett. He has a younger brother, Nicholas Cowell; three half brothers, John, Tony, and Michael Cowell; and a half sister, June Cowell. Cowell worked as a record producer, talent scout and consultant within the music industry before becoming a judge on the hit British TV show Pop Idol and its U.S. counterpart, American Idol. He has been in a relationship with Lauren Silverman since 2013. They have a son together.

Simon Cowell Facts:
*Born on October 7, 1959 in Lambeth, London, England, he brought up in Elstree, Hertfordshire.
*He dropped out of high school at age 16.
*He started judging The X Factor in 2011 and signed on to judge America’s Got Talent in 2015.
*He served as the CEO of the entertainment company Syco.
*Forbes magazine estimated his U.S. earnings at $45 million for the year in 2007.
*The Sunday Times List estimated his net worth at $196 million in 2009.
*He received a Hollywood Walk of Fame Star in August of 2018.
*He is best friends with his London neighbor Jackie St. Clair.
*He is a huge fan of Frank Sinatra, Luther Vandross and Barry White.
*He is good friends with Emma Noble, and friends with Mel B.
*He has a waxwork figure in Madame Tussauds.
*He dated English presenter Terri Seymour from 2002 to 2008.
*He was engaged to make-up artist Mezhgan Hussainy from 2010 to 2011.
*As of 2019, he has an estimated net worth of $550 million.
*Follow him on Twitter, Facebook and Instagram.