Ellington Ratliff is an American drummer and actor. He is best known as the drummer of American pop rock band R5, whose second album, Sometime Last Night (2015), debuted at #6 on the Billboard 200 in the US, and in the top 20 in five other countries. Ratliff made his acting debut as Robbie Crenshaw in All You Need (2001). He has also appeared in episodes of television shows like Eastwick, Raising Hope, Criminal Minds, Eastwick, Nickelodeon’s Victorious, and Red Scare. Born Ellington Lee Ratliff on April 14, 1993 in Los Angeles, California, to parents Cheryl and George Ratliff, he is the half-brother of Elden, Garette, and Erick. He was in a relationship with fellow bandmate Rydel Lynch from 2013 until 2018. 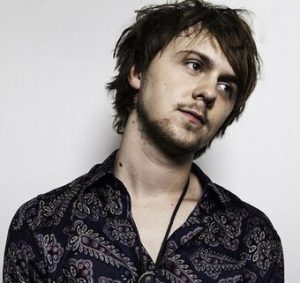 Ellington Ratliff Facts:
*He was born on April 14, 1993 in Los Angeles, California, USA.
*His parents are George Ratliff and Cheryl Baxter.
*At age 14, he joined the members of R5 in 2008.
*He was joined in the pop rock band R5 by Riker, Rocky, Ross, Ryland and Rydel Lynch.
*He was engaged fellow bandmate Rydel Lynch in December 2017.
*Visit his band’s official website: www.r5rocks.com
*Follow him on Twitter and Instagram.