Ronnie DeVoe is an American singer and rapper, best known as a member of the R&B/pop group New Edition, and the R&B/hip hop group Bell Biv DeVoe. One of the most popular boy bands of the era, New Edition known for songs like “Candy Girl,” “If It Isn’t Love,” “Hit Me Off,” “My Prerogative,” “Cool It Now,” and “Mr. Telephone Man.” Bell Biv DeVoe is best known for their debut album, the multi-platinum selling Poison, a key work in the new jack swing movement of the 1990s that combined elements of traditional soul and R&B with hip hop. Two singles from the album, “Do Me!” and “Poison”, both reached #3 on the Billboard Hot 100 in 1990. Born Ronald Boyd DeVoe Jr. on November 17, 1967 in Roxbury, Boston, Massachusetts, his mother’s name is Flo DeVoe. He married R&B singer Shamari Fears in 2006. They have two sons twins Ronald and Roman Elijah. 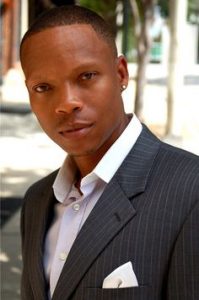 Ronnie DeVoe Facts:
*He was born on November 17, 1967 in Roxbury, Boston, Massachusetts, USA.
*He is the nephew of Brooke Payne.
*Member of the popular groups New Edition and Bell Biv DeVoe.
*He was officially signed to Bad Boy Records, with his group New Edition, on October 21 2002.
*He’s the co-owner of the Atlanta real estate agency DeVoe Broker Associates.
*Follow him on Twitter, Facebook and Instagram.