Ellis Hollins is a British actor. He is best known for his portrayal of Tom Cunningham in the Channel 4 soap opera Hollyoaks. He has also appeared in several Hollyoaks spin offs. In 2006, Hollins appeared in Alpha Male, a family film released in the United Kingdom, and played the role of a young Hans Christian Andersen in the BBC Radio 4 Drama The Beautiful Ugly in 2012. 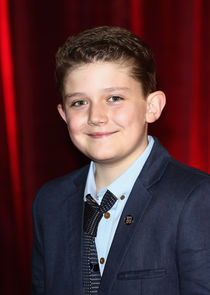 Ellis Hollins Facts:
*He was born on November 14, 1999 in Manchester, United Kingdom.
*He was only a few weeks old when he was cast as Tom Cunningham in Channel 4’s soap opera Hollyoaks.
*He appeared in the 2008 late-night spin-off series to Hollyoaks, Hollyoaks Later.
*He has become a favorite amongst Hollyoaks fans and was nominated for a British Soap Award in the ‘Best Dramatic Performance from a Young Actor or Actress’ category in 2005, 2006, 2007, 2008, 2009 and 2011.
*He won Best Child Actor at the inaugural Digital Spy Soap Awards in 2008.
*In 2009 in a poll for Inside Soap magazine, Ellis’s Hollyoaks character Tom was voted ‘Soap’s Greatest Ever Child’.
*He became the Boy Bishop of Oldham in 2011.
*He was nominated for Best Young Actor at the 2012 Inside Soap Magazine awards.
*Follow him on Twitter, Facebook and Instagram.