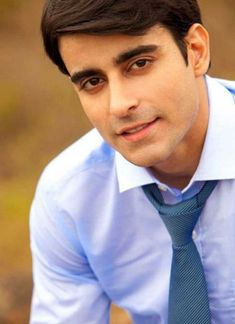 Born on August 14, 1977 in New Delhi, India, his father, Surendra Rode is a retired broker and his mother, Sangeeta Rode is a jewellery designer. He has an older sister named Rashmi. Rode was educated at Army Public School and Shaheed Bhagat Singh College. In 2018, Rode married his co-actress Pankhuri Awasthy, with whom he had worked with in Suryaputra Karn.

Gautam Rode Facts:
*He was born on August 14, 1977 in New Delhi, India.
*He started his career as a model and he got his first acting project with the advertisements.
*He made his debut to Indian television with the show Jahan Pyaar Mile on Zee TV.
*He has appeared in a music album, “Tere Bina” sung by Abhijeet Bhattacharya.
*He is a fitness enthusiast and a vegetarian.
*He enjoys collecting Stamps and Coins.
*Visit his official website: www.iamgautamrode.com
*Follow him on Twitter, Facebook and Instagram.