Helen Pearson is a British actress. She is best known for television roles as April McIntosh in BBC’s EastEnders, Carol Wareing in ITV’s Emmerdale and Frankie Osborne in Channel 4’s Hollyoaks. She has also appeared in the television dramas The Darling Buds of May and Murder in Mind. 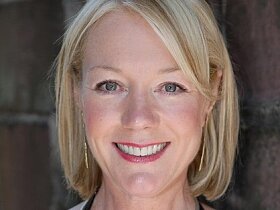 Born on November 16, 1959 in Leicester, United Kingdom, she is the older sister of Richard Cadell, the incumbent puppeteer for Sooty. Pearson made her film debut in the late 1980s, playing a small role in the film Consuming Passions. She has been married to Paul Faulkner since 2013.

Helen Pearson Facts:
*She was born on November 16, 1959 in Leicester, United Kingdom.
*She made her television debut playing a Nurse in ‘The Growing Pains of Adrian Mole’ in 1987.
*She played Frankie Osborne in the long-running teen soap Hollyoaks from 2002 to 2017.
*She was convicted for drink driving in 2015.
*Follow her on Twitter.