Emilie Dequenne is a Belgian actress who became known for her film debut as Rosetta in the Palme d’Or-winning film Rosetta (1999), for which she won the Best Actress award at the 1999 Cannes Film Festival. Her other notable film roles include Brotherhood of the Wolf, La Fille du RER, The Girl on the Train, This Is Our Land, The Very Merry Widows, The Pack, The Light, Not My Type, and Our Children, for which Dequenne won the Un Certain Regard Award for Best Actress award at the 2012 Cannes Film Festival. Born on August 29, 1981 in Beloeil, Wallonia, Belgium, to parents Brigitte and Daniel Dequenne, she attended diction and elocution courses at the Academie de Musique in Baudour, Belgium from 1989 to 1996. Dequenne began dating DJ Alexandre Savarese in 1999, and the couple had a daughter named Milla in 2002, however, they broke up in 2005. In 2008 she began dating Michel Ferracci. They married in 2014. 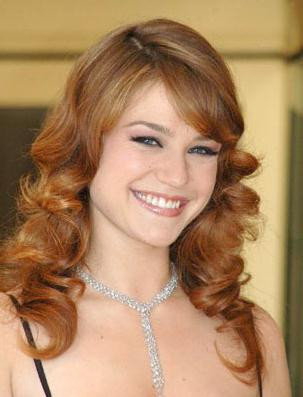 Emilie Dequenne Facts:
*She was born on August 29, 1981 in Beloeil, Wallonia, Belgium.
*She is daughter of Brigitte Noella Ghislaine Fagot and Daniel Dequenne.
*In May 1998, she competed in the Richelieu Club public speaking competition in Mons-Borinage and won the City of Mons Prize.
*She won her first role in Rosetta at the age of 17.
*She was a member of the theatre workshop, Theatre de la Releve, in Ladeuze, Belgium from 1994 to 1996.
*With her ex-boyfriend DJ Alexandre Savarese, Dequenne had a daughter, Milla Savarese, born 2002.
*Follow her on Instagram.