Vanessa Mai is a German singer who first gained recognition as a member of the pop band Wolkenfrei (Cloud Free). Their debut studio album Endlos verliebt (Endlessly in Love), was released in February 2014. Following the Wolkenfrei’s split Vanessa began her solo career and released her first single, Ich sterb für dich (I Die For You) on February 19, 2017. Born Vanessa Marija Else Mandekic on May 2, 1992 in Aspach, Baden-Württemberg, Germany, in a family with a musical background, her father, Mario, was a professional musician and member of a band called Musik-Express. Mai first performed as a singer in the school musical The Wonderful Wizard of Oz and was part of the dance lineup Getting Craz’d in the hip-hop WM at the age of 15. In June 2017, she married Andreas Ferber. 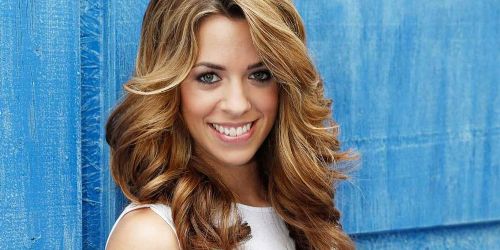 Vanessa Mai Facts:
*She was born on May 2, 1992 in Aspach, Baden-Württemberg, Germany.
*Her father, Mario, was a professional musician and member of a band called Musik-Express.
*She is of Croatian descent on her father’s side.
*She completed a media designer apprenticeship.
*She chose her stage name as a reference to her birth month, which is spelled Mai in German.
*She was a member of schlager band Wolkenfrei, before launching a solo career.
*Her hits include, T-Shirt und Freiheit, Wolke 7, and In all deinen Farben.
*She served as a judge on the 13th season of Deutschland sucht den Superstar, the German version of Pop Idol and American Idol from January to May 2016.
*She plays the guitar and piano.
*Visit her official website: www.vanessa-mai.de
*Follow her on Twitter, YouTube, Facebook and Instagram.