Emilie Ullerup is a Danish actress, best known for her role as Ashley Magnus in the science fiction-fantasy television series Sanctuary. Her other notable television appearances include: jPod, Riese: Kingdom Falling, True Justice, and Arctic Air. In 2016, Ullerup began starring as Bree O’Brien in Hallmark Channel’s series Chesapeake Shores. Born Emilie Ullerup-Petersen on October 27, 1984 in Copenhagen, Denmark, to a diplomatic family, she is the daughter of Danish diplomat Ove Ullerup-Petersen. She has two sisters, Caroline and Simone. Ullerup graduated from high school in Copenhagen in 2003, and moved to Vancouver, British Columbia, Canada and attended the Vancouver Film School, graduating in 2005. She made her television debut as Julia Prynne in the hit sci-fi TV show Battlestar Galactica (2004). She married her longtime boyfriend photographer Kyle Cassie in August 2018. 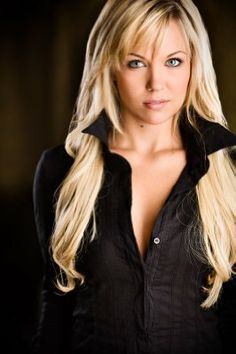 Emilie Ullerup Facts:
*She was born on October 27, 1984 in Copenhagen, Denmark.
*She spent her growing years in numerous locations.
*She graduated in 2005 from Vancouver Film School.
*For her role as Kaitlin Joyce on JPod, she received a Leo Award in 2008.
*She speaks Danish, English and Vietnamese.
*Visit her official website: www.emilieullerup.net
*Follow her on Twitter, Tumblr, Facebook and Instagram.