Stephen Spinella is an American actor who has worked on stage, film, and television. He won two Tony Awards for Best Featured Actor and Best Actor in a Play for his performance as Prior Walter in Angels in America: Millennium Approaches and Angels in America: Perestroika respectively. He was also Tony-nominated in 2000 for Best Featured Actor in a Musical for James Joyce’s The Dead. He has appeared in films such as Virtuosity, Faithful, The Jackal, Love! Valour! Compassion!, Great Expectations, Ravenous, Connie and Carla, And Then Came Love, Milk, Rubber, Lincoln, House of Dust, The Normal Heart, Can You Ever Forgive Me?, and Windows on the World. His television credits include 24, Desperate Housewives, Big Love, Elementary, The Education of Max Bickford, The Knick, and Tales of the City. Born Stephen Nicholas Spinella on October 11, 1956 in Naples, Campania, Italy, his father was an American naval airplane mechanic. He was raised in Glendale, Arizona and did his schooling from Glendale High School. He graduated from the University of Arizona drama department. In 1982, he received a Master of Fine Arts from Tisch School of the Arts in New York University. He made his professional debut in the 1993 critically acclaimed film And the Band Played On. 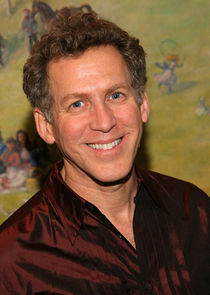 Stephen Spinella Facts:
*He was born on October 11, 1956 in Naples, Campania, Italy.
*He was educated at Glendale High School in Glendale, Arizona, and then Phoenix College and the University of Arizona.
*He won two Tony Awards and two Drama Desk Awards for the original Broadway productions of Tony Kushner’s epic Angels in America plays.
*He is openly gay.