Emily Blunt is an American and British actress. She is best known for her roles in the films The Devil Wears Prada, The Young Victoria, Edge of Tomorrow, Into the Woods, The Adjustment Bureau, and Looper. She won a Golden Globe Award for her portrayal of Natasha in the television film Gideon’s Daughter. Born Emily Olivia Leah Blunt on February 23, 1983 in Roehampton, London, England to Janice M. Dixon and Oliver Simon Peter Blunt, she became interested in acting at an early age. She was educated at Ibstock Place School and Hurtwood House. She has been married to John Krasinski since 2010. They have two daughters: Hazel and Violet. 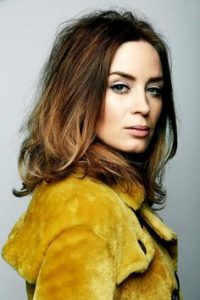