Eric Johnson is a Canadian actor born in Edmonton, Alberta. He is best known by the public for his roles as Flash Gordon on the eponymous 2007-2008 TV series, Whitney Fordman on the likewise science-fiction TV series Smallville, and Luke Callaghan on the police drama Rookie Blue. His first acting role was in the 1994 film, Road to Saddle River. Born Eric Johann Johnson on August 7, 1979 in Edmonton, Alberta, to Jane and Fred Johnson, he portrayed the younger version of Brad Pitt’s character in Legends of the Fall. Since August 7, 2004, he has been married to Adria Budd Johnson. They have a daughter named Calla Prairie Johnson born in 2007. 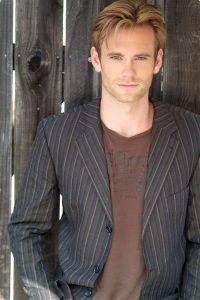 Eric Johnson Facts:
*His mother is a librarian, massage therapist, and music teacher.
*He started his career acting at age 9.
*He met his future wife writer-producer Adria Budd on the set of Smallville.
*Follow him on Twitter and Instagram.