Josh Hartnett is an American actor and producer of movies. He rose to fame through his role as Michael Fitzgerald in the television crime drama series Cracker in 1997. He is most famous for his roles in Black Hawk Down and Pearl Harbor. His other notable roles include Penny Dreadful, The Virgin Suicides, O, and 40 Days and 40 Nights. His first role was in the 1998 short film, Debutante. Born Joshua Daniel Hartnett on July 21, 1978 in San Francisco, California, to Wendy Anne and Daniel Thomas Hartnett, he grew up in in St. Paul, Minnesota off Cretin Avenue. He has three younger siblings: two brothers, Jake and Joe, and sister, Jessica. He is a 1996 graduate of South High School. He has been in a relationship with Tamsin Egerton, since August 2012. They have two children. 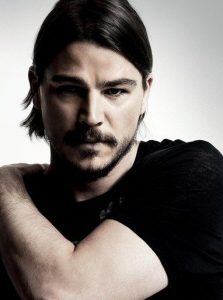 Josh Hartnett Facts:
*He was raised Roman Catholic.
*He used to work at a local video store for his first job.
*He is a vegetarian, and was voted the sexiest vegetarian in the world by PETA, 2003.
*People Magazine named him one of the top 50 Most Beautiful People in the World in 2002.
*He was ranked Bliss magazines 3rd sexiest male.
*He is friends with Jason Isaacs and Ben Affleck.
*From 2004 to late 2006, he dated Scarlett Johansson.