Esha Gupta is an Indian film actress, model and beauty queen who won the Miss India International title in 2007. She represented her country (India) in the Miss International 2007 contest. Gupta made her acting debut in the 2012 commercially successful crime thriller Jannat 2, for which she was nominated for the Filmfare Award for Best Female Debut. Her other notable film appearances include: Chakravyuh, Raaz 3D, Rustom, Baadshaho, and Total Dhamaal. 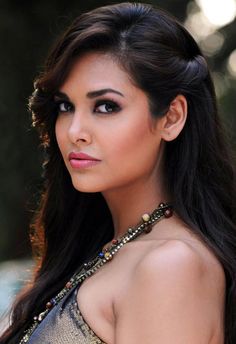 Born on November 28, 1985 in New Delhi, India, to parents Lakshmi and Omkaar Gupta, she has a sister Neha and brother Karan. Esha studied communications at Manipal University, Karnataka, and turned down a law school scholarship to work in the Bollywood industry.

Esha Gupta Facts:
*She was born on November 28, 1985 in New Delhi, India.
*She was the winner of the Miss India International 2007.
*She made her screen debut in Deshmukh’s Jannat 2.
*She was photographed in a swimsuit for the United Breweries of India’s Kingfisher Calendar.
*Follow her on TikTok, Facebook and Instagram.