Evangeline Lilly is a Canadian actress. She is best known for her role as Katherine “Kate” Austen in the ABC series Lost, for which she was nominated for the Golden Globe Award for Best Actress in a Drama Series and won her a Screen Actors Guild Award. Lilly portrayed Tauriel in The Hobbit film series, appearing in The Desolation of Smaug and The Battle of the Five Armies. She portrayed Hope van Dyne in the 2015 film Ant-Man. Lilly is also the author of the ongoing children’s book series The Squickerwonkers, which is planned to include two different series of nine books each. 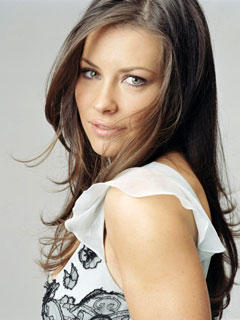 Born Nicole Evangeline Lilly on August 3, 1979 in Fort Saskatchewan, Alberta, Canada, she is the middle child of three, with an older sister and younger sister named Andrea. Lilly graduated from W. J. Mouat Secondary School in Abbotsford, British Columbia and attended the University of British Columbia, where she studied international relations. She was married to Canadian hockey player Murray Hone from 2003 to 2004. She dated Lost co-star Dominic Monaghan from 2004 until 2009. She began dating Norman Kali in 2010. They have two children.

Evangeline Lilly Facts:
*Born on August 3, 1979 in Fort Saskatchewan, Alberta, Canada, she is of English and Irish descent.
*She served as a missionary in the Philippines and was employed as a flight attendant.
*Her acting career began after she was discovered by a Ford Modelling Agency agent while passing the time in Kelowna, British Columbia.
*She starred as Katherine “Kate” Austen on the television show Lost from 2004 to 2010.
*She was voted one of the Breakout Stars of 2004 by “Entertainment Weekly” Magazine.
*She was ranked #75 in F”HM”‘s “100 Sexiest Women in the World 2005” special supplement.
*She is fluent in French and loves reading, writing, painting, long walks, tea and nature.
*She has been a volunteer for children’s projects since the age of 14.
*Follow her on Twitter, Facebook and Instagram.