Ezra Miller is an American actor who starred as Kevin in the drama We Need to Talk About Kevin, for which Miller won the Boston Society of Film Critics Award for Best Supporting Actor. Miller starred The Flash in Justice League and played Credence in Fantastic Beasts and Where to Find Them. Other notable acting roles include Vincent “Vinnie” Rizzo Jr. in City Island, Donald in Trainwreck, and Leon Dupuis in Madame Bovary. In 2020, they also had a recurring role on the miniseries The Stand. 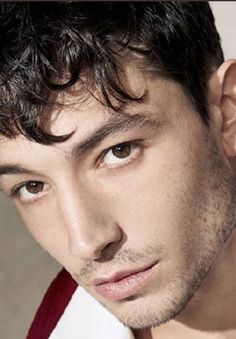 Ezra Miller Facts:
*They were born on September 30, 1992 in Hoboken, New Jersey, USA.
*Miller sang opera music when they were six years old.
*They were considered one of the 55 faces of the future by Nylon Magazine’s Young Hollywood Issue.
*Became the youngest actor to play Barry Allen/The Flash.
*They were a huge fan of the Harry Potter franchise long before appearing in the prequel Fantastic Beasts and Where to Find Them films.
*They supported Bernie Sanders in the 2016 U.S. Presidential election.