Xzibit is an American rapper, actor and television host. Xzibit released his debut studio album, At The Speed Of Life, in October 1996, which peaked at number 74 on the Billboard 200, followed by his second album, 40 Dayz & 40 Nightz in August 1998. This album included the single “What U See Is What U Get”, which peaked at #50 on the Billboard Hot 100. Xzibit’s third album Restless (2000), debuted at number 14 on the Billboard 200, and was later certified platinum in the U.S. The album contained the singles “Front 2 Back”, “X”, and “Get Your Walk On”. His follow-up album Man vs. Machine (2002), debuted at number 3 on the Billboard 200 and was certified gold. Weapons of Mass Destruction (2004) also became certified gold. Xzibit is also notable for his role as Shyne Johnson in the television series Empire, and as the host for the reality television series Pimp My Ride. He has also starred in such films as Gridiron Gang, The X-Files: I Want to Believe, Bad Lieutenant: Port of Call New Orleans and Sun Dogs. 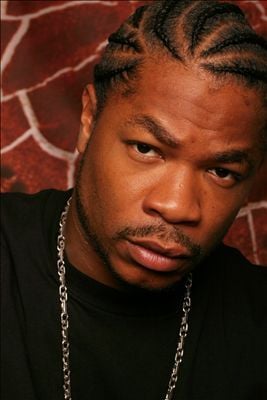 Born Alvin Nathaniel Joiner on September 18, 1974 in Detroit, Michigan, Xzibit grew up with his single mother and four siblings until her death when he was 9 years old. He married Krista Joiner in November 2014. He has four sons.

Xzibit Facts:
*He was born on September 18, 1974 in Detroit, Michigan, USA.
*His mother died when Xzibit was 9 years old.
*He started his musical career after the release of his debut studio album At The Speed Of Life in October 1996.
*He was the host of his own TV show, “Pimp my Ride”.
*Visit his official website: www.xzibit.com
*Follow him on Twitter, YouTube, Facebook and Instagram.