Farrah Abraham is an American reality star best known for her appearance on MTV’s reality series Teen Mom and Teen Mom OG. She was featured on the MTV series16 & Pregnant and Teen Mom for four seasons. Farrah was born as Farrah Lynn Abraham in Omaha, Nebraska and was raised in Council Bluffs, Iowa. She is the daughter of Michael Abraham and Debra Danielsen. 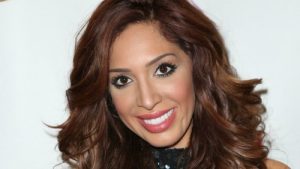 Farrah Abraham Education:
She dropped out of high school and continued her schooling at a community college due to vicious rumours during the pregnancy. Farrah Abraham:

Books: My Teenage Dream Ended, In the Making

Farrah Abraham Facts:
*She was born in Omaha, Nebraska and was raised in Council Bluffs, Iowa.
*At 16, she became pregnant and would be featured on her first MTV series in 2008.
*She can learn surgery just by watching it live.
*She was banned from using Uber taxis after a driver sexually assaulted her in March 2016.
*Her parents divorced in 2010.
*Her boyfriend and Sophia’s father, Derek Underwood, died in a car accident before Sophia was born.
*She has released her sex tapes also via Vivid Entertainment for which she earned $1.5 million. Though, later she believed that “sex tape” ruined her life.
*Follow her on Twitter, Facebook and Instagram.