Femi Oyeniran is a Nigerian-British actor and director who has starred in such films as Kidulthood, Adulthood, Taking Stock, and Anuvahood. His television appearances include ITV’s “Golden Hour”, Channel 4’s “The Ghost Squad” and BBC’s “Absolutely Fabulous”. Oyeniran made his directorial debut with “It’s A Lot”, which was released theatrically by Kaleidoscope Home Entertainment in 2013. His second movie The Intent (2017) peaked at number 3 on the iTunes Movie Chart and opened to sold out cinemas. 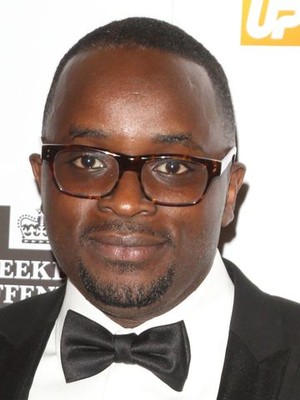 Born in Lagos, Nigeria, he was raised in Islington, North London. Oyeniran attended St Aloysius College, St Charles Catholic Sixth Form College and studied law at the London School of Economics. He is married and has two children with his wife.

Femi Oyeniran Facts:
*He was born in Lagos, Nigeria.
*He studied law at the London School of Economics.
*He played ‘Moony’ in Kidulthood and its sequel Adulthood.
*He is an avid supporter of English Fooltball Club, Manchester United.
*Follow him on Twitter, Facebook and Instagram.