Frank Lampard is an English professional football manager and former player who manages Premier League club Chelsea. He is widely considered to be one of Chelsea’s greatest ever players, and one of the greatest midfielders of his generation. He became the manager of Chelsea in 2019. Born Frank James Lampard on June 20, 1978 in Romford, Essex, England, his father Frank Lampard Sr. was a professional soccer player. Lampard began his footballing career in 1995 at West Ham United, the club where his father, Frank Lampard Sr., also played. He has two daughters with his former fiancée, Spanish model Elen Rivas, Isla and Luna. In December 2015, Lampard married Christine Bleakley, a Northern Irish broadcaster. On September 21, 2018, they had a daughter, Patricia Charlotte Lampard. 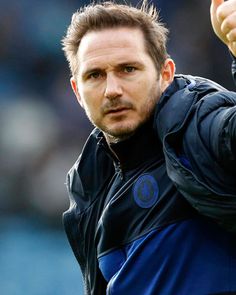 Frank Lampard Facts:
*He was born on June 20, 1978 in Romford, Essex, England, UK.
*He began his career in 1995 at West Ham United, where his father was the assistant coach.
*He debuted for the English national team in 1999.
*He is best known for his time at London rivals Chelsea, whom he signed for in 2001 for £11 million.
*He made 429 appearances for Chelsea FC, finishing as the club’s top goalscorer with 211 goals in all competitions.
*He won the 2005 Ballon d’Or Silver Award.
*Visit his official website: www.frankiesmagicfootball.co.uk
*Follow him on Facebook and Instagram.