Musician, singer, model, and reality star who rose to fame appearing in the E4 reality series Made in Chelsea. Fredrik released his own Christmas single Feliz Navidad (She Stole My Heart) in 2017. Born on May 16, 1989 in England, he spent much of his growing years in Norway, Russia, USA, Iceland and Denmark. He studied music and languages at Bristol University and was discovered in London by designer Oswald Boateng. Previously, Fredrik dated Czech supermodel Eva Poloniova. He also dated fellow Made in Chelsea cast member Olivia Bentley. 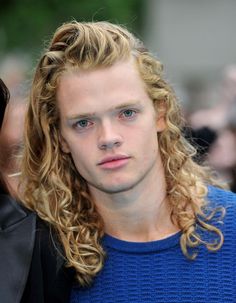 Fredrik Ferrier Facts:
*He was born on May 16, 1989 in England.
*He is half English and half Icelandic.
*He was brought up in many different countries.
*He taught himself to play the piano.
*He appeared in the first series of Made in Chelsea.
*He is the director and founder of his own company, GEIST – an international private art dealership and collection.
*He is close friends with fellow Made in Chelsea star Francis Boulle.
*Visit his official website: www.fredrikferrier.com
*Follow him on Twitter, Facebook and Instagram.