Geena Rocero is an American-Filipino transgender supermodel, TED speaker, and transgender advocate. She’s the founder of Gender Proud, an advocacy & awareness campaign that aims to advance the rights of all transgender individuals. In 2014, she gave a TED talk where she shared her journey into womanhood. Born on October 24, 1983 in Manila, Philippines, she began competing in transgender beauty pageants from the age of 15. At seventeen, she immigrated to San Francisco, California, and moved to New York in 2005. She became an American citizen in 2006. She worked at a Macy’s in New York before she began her modeling career. 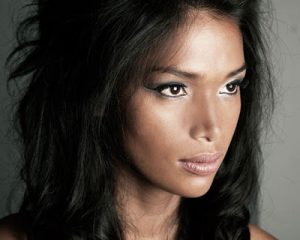 Geena Rocero Facts:
*She was born on October 24, 1983 in Manila, Philippines.
*She’d had sex reassignment surgery at age 19.
*At the age 21, Rocero was discovered by a fashion photographer in a restaurant on the Lower East Side of Manhattan.
*She was signed to NEXT Model Management and worked as a swimsuit model and beauty editorials.
*She is the founder of Gender Proud, a nonprofit that does advocacy work for the transgender community.
*She moved to the United States to work as a model.
*She became a U.S. citizen in 2006.
*In 2014, she was featured on the fifth anniversary cover of C☆NDY magazine along with 13 other transgender women: Janet Mock, Gisele Alicea, Leyna Ramous, Dina Marie, Nina Poon, Juliana Huxtable, Carmen Carrera, Laverne Cox, Isis King, Niki M’nray, Pêche Di, Carmen Xtravaganza and Yasmine Petty.
*Rocero and Tracey Norman became the first two openly transgender models to appear on the cover of an edition of Harper’s Bazaar in 2016.
*She became the first transgender Asian Pacific Islander Playboy playmate.
*Visit her official website: www.genderproud.com
*Follow her on Twitter, Facebook and Instagram.