Gigi Gorgeous is a Canadian YouTube star, actress, model and transgender activist. She first gained attention in 2008 when she began uploading video blogs onto streaming platform YouTube. She has appeared on the popular online reality show The Avenue. She has also collaborated with popular celebrities such as Kim Kardashian, Kylie Jenner, and Miley Cyrus. She has more than 2.8 million subscribers to her YouTube channel. Her Facebook has amassed more than 2 million followers as well as 2.2 million Instagram followers. Born Giselle Loren Lazzarato on April 20, 1992 in Montreal, Canada, to parents Judith and David Lazzarato, she has two brothers, Adam and Cory. She belongs to Italian, Lebanese and French descent. She did her schooling from St. Francis of Assisi School and Iona Catholic Secondary School. She went to study fashion at George Brown College, but she left to focus on her YouTube career. At the age of 19 Lazzarato came out on her YouTube channel, identifying as a gay male. In 2013, she announced that she was a transgender woman. In March 2018, Gigi and girlfriend fashion designer Nats Getty announced their engagement. 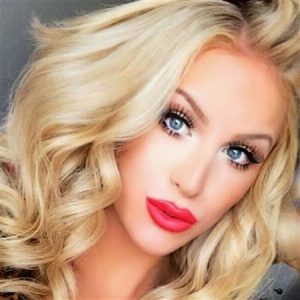 Gigi Gorgeous Facts:
*She was born on April 20, 1992 in Montreal, Canada.
*She is of Italian, Lebanese and French descent.
*She was raised in the Roman Catholic faith.
*She created her YouTube channel in 2008.
*Her mother, Judith Belding Lazzarato, died of leukemia on February 3, 2012.
*She officially and legally changed her name to Gigi Loren Lazzarato in March 2014.
*She is good friends with Cassandra James.
*Follow her on Twitter, YouTube, Facebook and Instagram.