Gemma Merna is an English former actress and model. She is best known for her role as Carmel Valentine in the soap opera Hollyoaks from 2006 to 2014. In 2009, Merna appeared as Carmel in the spin-off show Hollyoaks Later, and appeared in an episode of the game show Hole in the Wall. In 2011, she appeared in the documentaries 50 Greatest Wedding Shockers and Hollyoaks Best Bits. 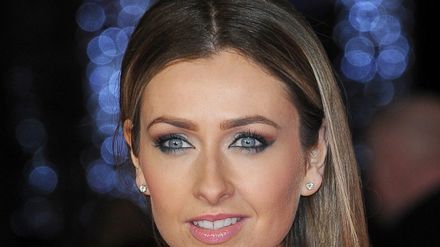 Born Gemma Ann Merna on February 6, 1984 in Manchester, United Kingdom, she was raised in Worsley. Merna attended St. George RC High School, and took acting classes at Manchester School Of Acting. She married her longtime boyfriend Ian Minton on May 27, 2012.

Gemma Merna Facts:
*She was born on February 6, 1984 in Manchester, United Kingdom.
*She was educated at St. George’s RC High School, Walkden.
*She starred as Carmel McQueen in the Channel 4 soap opera Hollyoaks from 2006 to 2014.
*She was a contestant on I’m a Celebrity Get Me Out Of Here! in November 2014.
*She had a breast enlargement at the age of 21.
*She supports both the football clubs – Liverpool F.C. and Manchester United F.C.
*She was engaged to long-term boyfriend Ian Minton.
*Follow her on Twitter, Facebook and Instagram.