Georgia Toffolo is a British television and media personality, best known for appearing in E4 constructed reality series Made in Chelsea. She won the sixteenth series of I’m a Celebrity…Get Me Out of Here! in 2017. In September 2017 she appeared in the 3rd series of Celebs Go Dating. In 2018, Georgia joined the ITV daytime show This Morning. Born Georgia Valerie Toffolo on October 23, 1994 in Devon, England, UK, to parents Nicola Toffolo and Gary Bennett, she was educated at Stoodley Knowle Independent School for Girls, Torquay Grammar School for Girls, The Maynard School, and Blundell’s School. She was in a relationship with James Middleton and Jack Maynard. 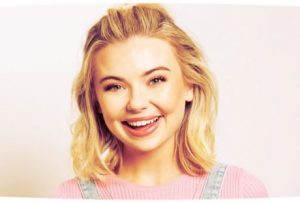 Georgia Toffolo Facts:
*She was born on October 23, 1994 in Devon, England, UK.
*Best known for appearing on E4 reality television series Made in Chelsea.
*She won series sixteenth of I’m a Celebrity, Get Me Out of Here!.
*Follow her on Twitter, YouTube, Facebook and Instagram.