Gerard Pique is a Spanish professional footballer who plays for FC Barcelona. He primarily plays as a centre-back. He was a key member of the victorious Spanish team at the 2010 World Cup. He began his youth career in 1997 with Barcelona at the age of 10. Born Gerard Piqué Bernabéu in Barcelona, Catalonia, Spain, on February 2, 1987, he is the son of Montserrat Bernabeu and Joan Piqué. He has one brother, Marc Piqué. He has been in a relationship with singer Shakira since 2011. They have two sons together. 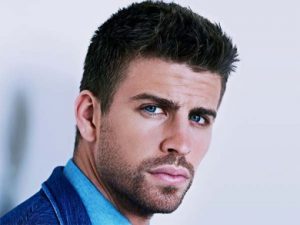