Ghada Abdel Razek is an Egyptian actress. She is known for her roles in television, such as Aailat el hajj mitwalli, Masaalat Mabdaa and Mahmoud El Masri, and in the films Alrayes Omar Harb, Heen Myasara, Laylat Al Baby doll, Al Rayyes Omar Harb, Khaltat Fawzia, Azmat Sharaf, Adrenaline and Jamal Abdel Naser. She earned a Murex d’Or award for Best Actress in the Arab World in 2016. Born on July 6, 1965 in El Sharqia, Egypt, to Mohamed Abdel Razek, she studied computer science at Cairo University. She began her acting career, appearing in television commercials. She made her professional acting debut starring in the 1997 film Al Batal. She is married to journalist Mohamed Fouda. They have one daughter, Rotana Abdel Razek. 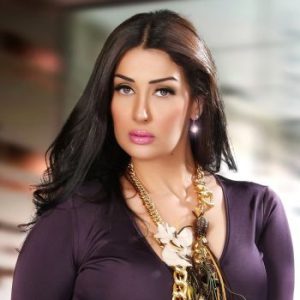 Ghada Abdel Razek Facts:
*She was born on July 6, 1965 in El Sharqia, Egypt.
*Her father name is Mohamed Abdel Razek.
*She has advertised for many brands such as telcom, lux, pepsi, and coca cola.
*Follow her on Twitter, Facebook and Instagram.