Gilles Lellouche is a French actor who has starred in such films as Little White Lies, Marion Cotillard: Boomer, Love Me If You Dare, In Safe Hands and Ma vie en l’air. Lellouche was nominated twice for a César Award; in 2006 for Most Promising Actor and in 2011 for Best Supporting actor for his performance in Little White Lies. Born on July 5, 1972 in Savigny-sur-Orge, France, to a mother of Irish Catholic background, and to a father of Algerian-Jewish descent, his brother is the actor and director Philippe Lellouche. He started his career as a director, and started acting and appeared in his first role in the 2003 film Love Me If You Dare. He was in a relationship with actress Melanie Doutey from 2002 to 2013. They had a daughter named Ava in 2009. 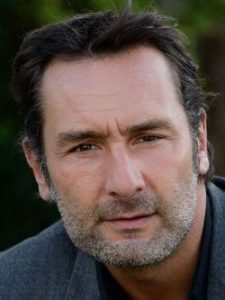 Gilles Lellouche Facts:
*He was born on July 5, 1972 in Savigny-sur-Orge, France.
*He is the brother of the French actor and director Philippe Lellouche.
*He began his career as a director.
*He is best friends with Guillaume Canet, Marion Cotillard and Jean Dujardin.
*Follow him on Twitter and Instagram.