Lecy Goranson is an American actress. She is most famous for her portrayal of Becky Conner on the television series Roseanne, for which she was nominated twice for the Young Artist Award. She played supporting roles in the films How to Make an American Quilt, Boys Don’t Cry, and The Extra Man. Born Alicia Linda Goranson on June 22, 1974 in Evanston, Illinois, USA, her mother, Linda Goranson, is a high school English teacher, and her father, Stephen Goranson, works for the EPA (Environmental Protection Agency). She has an older brother named Adam. She attended and graduated from Vassar College, where she majored in English. 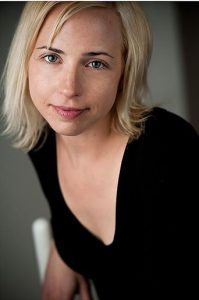 Lecy Goranson Facts:
*She was born in Evanston, Illinois on June 22, 1974.
*She played on her college rugby team.
*She is a Protestant.
*She ranked #92 on vh1’s The Greatest: 100 Greatest Kid Stars in 2005.
*She plays guitar and mandolin.
*She has a tattoo on her right arm with writing “Death Before Dishonor”.
*Follow her on Instagram.