Olly Alexander is an English singer-songwriter and actor, best known as the lead vocalist of the band Years & Years, whose songs include Real and Traps. As an actor, he became recognized for his role in the Oscar-nominated 2009 drama Bright Star. His first role was in the 2008 film Summerhill. Born Oliver Alexander Thornton in Yorkshire, England on July 15, 1990, Olly was raised by his mother, Vicki Thornton, as a single parent. 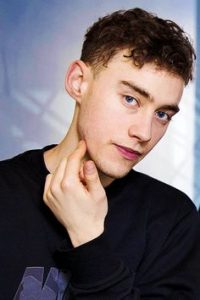 Olly Alexander Facts:
*His parents split when he was 13 years old.
*He was raised by single mother.
*He is Gay.
*He is one of the leading English LGBT activists.
*Follow him on Twitter and Instagram.