Hank Azaria is an American actor, voice actor, comedian and producer. He is best known for voicing many characters on the animated series The Simpsons, including Moe Szyslak, Chief Wiggum, Comic Book Guy, Snake Jailbird, Carl Carlson, and Apu Nahasapeemapetilon. For his work in The Simpsons, Azaria has won six Emmy Awards and a Screen Actors Guild Award. From 2017–2020, Azaria starred as the titular character in the comedy Brockmire and had recurring roles on the television series Mad About You and Friends, as the title character in the drama series Huff. He is also known for his roles in the films The Birdcage, Godzilla, Mystery Men, America’s Sweethearts, Shattered Glass, Along Came Polly, Run Fatboy Run, Night at the Museum: Battle of the Smithsonian, Night at the Museum: Kahmunrah Rises Again, The Smurfs, and The Smurfs 2. 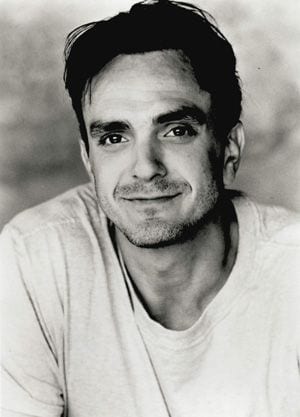 Born Henry Albert Azaria on April 25, 1964 in Queens, New York City, New York, to Sephardic Jewish parents Albert Azaria and Ruth Altcheck, Hank attended The Kew-Forest School in Queens’ Forest Hills neighborhood and studied at Tufts University. He has been married to Katie Wright since 2007. They have a son together. He was previously married to actress Helen Hunt.

Hank Azaria Facts:
*He was born on April 25, 1964 in Queens, New York City, New York, USA.
*He was a bartender in New York at the Arcadia.
*He attended college with Oliver Platt and attended acting school with Sharon Stone.
*He enjoys playing poker with his friends.
*He is close friends with actor Matthew Perry.
*He is a lifelong fan of New York Mets.
*He is a lifelong Democrat.
*He has a pet dog named Truman.
*Follow him on Twitter, Facebook and Instagram.