Leandro Paredes is an Argentine professional footballer who plays for Ligue 1 club Paris Saint-Germain and the Argentina national team as a midfielder. Paredes previously played for Boca Juniors, Roma, and Zenit Saint Petersburg before joining Paris Saint-Germain in 2019. 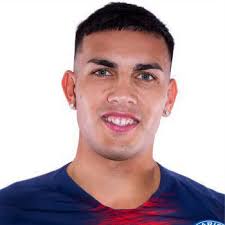