American hip hop artist who won a Grammy Award for “All of the Lights,” a collaboration with Kanye West, Fergie and Rihanna. Cudi’s debut single “Day ‘n’ Nite”, peaked at number three on the US Billboard Hot 100, and was ranked #15 on the “Best 25 Songs of 2009” list by Rolling Stone and also ranked #7 on Complex’s “100 Best Songs of The Complex Decade”. His third studio album, Indicud (2013), debuted at number two in the United States. With sales of 139,000 copies and debuted at number 32 on the UK Albums Chart, becoming Cudi’s highest-charting album on the chart, while entering at number two on the UK R&B Chart. Born Scott Ramon Seguro Mescudi on January 30, 1984 in Cleveland, Ohio, to parents Elsie Harriet and Lindberg Styles Mescudi, he grew up in Shaker Heights and Solon. He has three older siblings, two brothers named Domingo and Dean, and a sister named Maisha. Cudi first began rapping towards the end of high school. He was in a relationship with model and environmentalist Jamie Baratta 2009 to 2012. He has a daughter, Vada Mescudi, born in 2010. 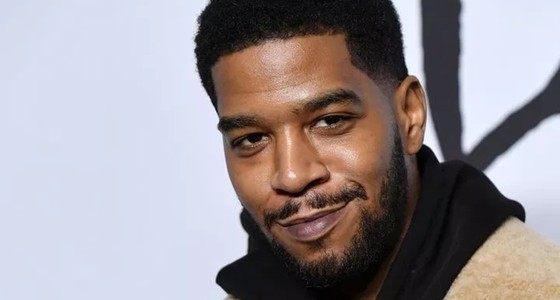 Kid Cudi Facts:
*Born on January 30, 1984 in Cleveland, Ohio, he is the youngest of four children.
*At age 11, he lost his father to cancer.
*He studied film at the University of Toledo, but would drop out after his freshman year to pursue a music career.
*His debut studio album Man on the Moon: The End of Day (2009), debuted at number four on both the Billboard 200, selling 104,000 copies in its first week of release in the United States. It later became certified double platinum by the Recording Industry Association of America (RIAA).
*His second studio album, Man on the Moon II: The Legend of Mr. Rager (2010), reached the top 5 on the US charts.
*He is a member of the rock band WZRD with his long-time collaborator Dot da Genius.
*He received his first three Grammy Award nominations in 2010, two for his single “Day ‘n’ Nite” and one for the collaboration “Make Her Say.”
*He is one half of the hip hop duo Kids See Ghosts, alongside his mentor Kanye West.
*From 2009 to 2012, he dated model and environmentalist Jamie Baratta.
*Visit his official website: www.kidcudi.com
*Follow him on Twitter, YouTube, Facebook and Instagram.