Jon Cryer is an American actor, comedian, screenwriter and film producer. He is best known for his portrayal of Alan Harper on the CBS sitcom Two and a Half Men, for which he won two Primetime Emmy Awards in 2009 and 2012. Other notable acting roles include Teddy Zakalokis in The Famous Teddy Z, Bob in Partners, Zack Mango in The Trouble with Normal, and Lex Luthor in Supergirl. He has also played prominent roles in the films Pretty in Pink, Went to Coney Island on a Mission from God… Be Back by Five, Superman IV: The Quest for Peace, Hiding Out, Hot Shots, Holy Man, Tortured, Shorts, and Hit by Lightning. Born Jonathan Niven Cryer on April 16, 1965 in New York, New York, he is the son of Donald David Cryer and Gretchen Cryer. He attended and graduate of The Bronx High School of Science in 1983, and went to London to study acting at the Royal Academy of Dramatic Arts. He first achieved fame after appearing in the 1986 film Pretty in Pink. Since June 2007, he has been married to Lisa Joyner. They have one child. He was previously married to Sarah Trigger. 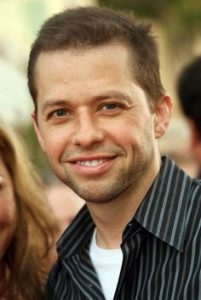 Jon Cryer Facts:
*He was born on April 16, 1965 in New York, New York, USA.
*His ancestry includes Dutch, English, German, Swiss-German, Scottish, and Swedish.
*He made his motion picture debut as a teenaged photographer in the 1984 romantic comedy No Small Affair.
*From 2003 to 2015, he played the role of Alan Harper in the comedy-drama series, Two and a Half Men.
*He published his autobiographical book, So That Happened, in 2015.
*He is friends with Paget Brewster.
*Follow him on Facebook and Twitter.