Hansika Motwani is an Indian actress who appears mainly in Tamil and Telugu films. She has starred in such films as Kantri, Maska, Engeyum Kadhal, Velayudham, Oru Kal Oru Kannadi, Theeya Velai Seiyyanum Kumaru, Maan Karate, Aranmanai, Manithan, Bogan and Villain. For her work in Desamuduru, she won Filmfare Award for Best Female Debut. Born on August 9, 1991 in Mumbai, India, to Mona and Pradeep Motwani, she has an elder brother named Prashant. She has an elder brother named Prashant. She was educated at Podar Group of Schools and Cambridge University. 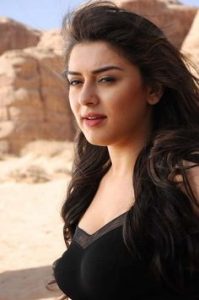 Hansika Motwani Facts:
*Her parents divorced in 2004.
*She began her career in Tamil cinema with Mappillai in 2011.
*She is fluent in Hindi and Tulu.
*Rakesh Roshan’s 2003 film “Koi… Mil Gaya” was her last movie as child actor.
*Follow her on Twitter, YouTube, Google+, Facebook and Instagram.