Harvey Keitel is an American actor and producer who has appeared in films such as Mean Streets, Thelma & Louise, Reservoir Dogs, Pulp Fiction, Taxi Driver, Smoke, The Last Temptation of Christ, Cop Land, National Treasure, The Grand Budapest Hotel, and The Irishman. From 2008 to 2009, Keitel starred as Detective Gene Hunt in ABC’s short-lived US remake of the successful British time-travel police drama series Life on Mars. Throughout his career, Keitel has been nominated for various awards, including including Academy and Golden Globe awards for his work in Bugsy, and won an Australian Academy of Cinema and Television Arts Award for Best Actor in a Leading Role for his role in The Piano. He is regarded as one of the greatest method actors ever. Born on May 13, 1939 in Brooklyn, New York, to Ashkenazi Jewish immigrants Miriam and Harry Keitel, he grew up with his brother, Jerry, and sister, Renee. He did his schooling from Abraham Lincoln High School and studied drama at HB Studio in Greenwich Village, New York City. In 2001, Keitel married actress Daphne Kastner. He has two sons named Roman and Hudson and a daughter named Stella. 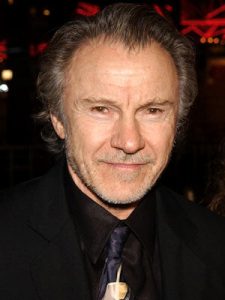 Harvey Keitel Facts:
*Born on May 13, 1939 in Brooklyn, New York, his mother was from Romania and father was from Poland.
*His parents ran a refreshment stand on Brighton Beach.
*He used to work as a salesman in a women’s shoestore and worked as a court stenographer in New York City for about 10 years before becoming an actor.
*He served three years in the United States Marine Corps.
*Empire magazine named him one of the 100 Sexiest Stars in film history (#95) in 1995.
*He was named as one of Entertainment Weekly magazine’s 25 Best Actors (1998).
*He was in a long-term relationship with actress Lorraine Bracco from 1982 until 1993. They had one daughter named Stella (b. 1985).
*He has one son from his then girlfriend with Lisa Karmazin, a potter in California: Hudson Keitel (b. 2001).
*He has one son named Roman with wife Daphna Kastner. (2004)