Harvey Weinstein is an American film producer and film studio executive who is the co-founder of Miramax Films as well as co-chairman of The Weinstein Company with his brother Bob. His company Miramax named after his mother, Miriam, and his father, Max, whose first major success was Sex, Lies, and Videotape from 1989, directed by Steven Soderbergh. He has served as executive producer on a number of successful films like Pulp Fiction, True Romance, The King’s Speech and Silver Linings Playbook. Born in Flushing, Queens, New York City, New York, USA, on March 19, 1952, to Miriam and Max Weinstein, his younger brother, Bob, is also a film producer. They were raised Jewish. He is an alumnus of the State University of New York at Buffalo. He was married to Eve Chilton Weinstein and Georgina Chapman. He has four daughters, Lily, Ruth, India and Emma, and a son named Dashiell. 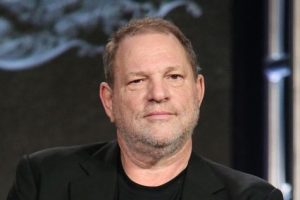 Harvey Weinstein Facts:
*He was born to a Jewish Family in the Flushing section of the New York City borough of Queens.
*He is the co-founder of Miramax Films.
*The company Miramax named after his mother, Miriam, and his father, Max.
*At 6 feet tall, he has weighed over 300 lbs for several years.
*In August 2000, he had a heart attack.
*As a member of the Democratic Party he supported Hillary Clinton.
*He was fired from his studio amid allegations of sexual harassment in 2017.
*Follow him on Twitter.