Heath Kizzier is an American actor of theater, film and television and author. He is best known for his portrayal of Dr. Joshua Landers in the TV series The Young and the Restless. He played Trinity in the 1995 Italian spaghetti western, Sons of Trinity. Kizzier’s other notable works include Dr. Quinn Medicine Woman, and Murder She Wrote. Heath was born in Rapid City, South Dakota, USA on August 3, 1967. 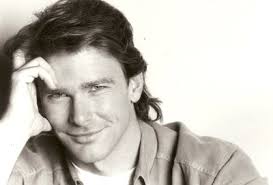 Heath Kizzier Facts:
*He was born on August 3, 1967 in Rapid City, South Dakota, United States.
*He is originally from South Dakota and Colorado.
*He has been appeared on the covers of numerous national magazines.
*Visit his official website: www.heathkizzier.freeservers.com