Helen Baxendale is a British actress. She is best known for her portrayal of Rachel Bradley in the British comedy-drama Cold Feet, and for her role as Emily Waltham in the American sitcom Friends. Other notable television roles include Dr. Claire Maitland in Cardiac Arrest, Cordelia Gray in An Unsuitable Job for a Woman, Pandora Braithwaite in Adrian Mole: The Cappuccino Years, Lorna Thompson in Cuckoo, and Meggie McGregor in Noughts + Crosses. Baxendale was twice nominated for a Scottish BAFTA award. 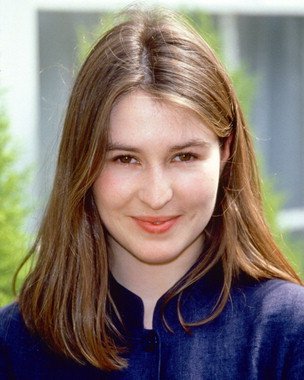 Born Helen Victoria Baxendale on June 7, 1970 in Pontefract, Yorkshire, England, to parents June and William Baxendale, her sister is the screenwriter Katie Baxendale. Helen studied at a ballet school when she was younger, but dropped out when she was 17 years old to become an actress. Her early stage credits include The Soldiers at Glasgow’s Citizens Theatre, which earned her a 1993 Ian Charleson Award nomination. She has been married to David L. Williams since 1993. They have three children: a daughter Nell Marmalade Williams, and two sons Eric Mustard Williams and Vincent Elliot Mash Williams.

Helen Baxendale Facts:
*She was born on June 7, 1970 in Pontefract, Yorkshire, England, UK.
*She grew up in Shenstone, Staffordshire and attended King Edward VI School, Lichfield.
*She wanted to be a ballet dancer when she was younger.
*She has a fear of flying.