Michael Stoyanov is an American actor. He is best known for his role as eldest sibling Anthony “Tony” Russo in the NBC sitcom Blossom. He played Alfred Pennyworth in the 2008 film The Dark Knight. He also guest-starred in the second season Quantum Leap episode “Another Mother”, as Kevin Buckner, an aspiring teenage comedian who is kidnapped. 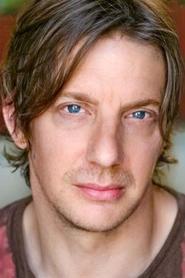 Michael Stoyanov Facts:
*He was born on December 14, 1966 in Chicago, Illinois, USA.
*He grew up in Chicago and Evanston, Illinois.
*He was a co-member of a quasi-competitive improvisation team called the Lost Generation, with John Cusack, in high school.
*He trained with the famous Chicago comedy troupe Second City.
*He played Anthony Russo on the popular 1990s sitcom Blossom.
*Follow him on Twitter and Instagram.