Henry Byalikov is an Australian professional dancer, choreographer and reality star. He is best known for his appearances on Dancing with the Stars. He competed on the first season of the Australian version of So You Think You Can Dance and placed in the top 4 males of the country. Born on December 5, 1985 in Sydney, Australia, he started dancing at the age of nine, and began his career by finishing in the top four men on the first season of “So You Think You Can Dance Australia”. At 11, he became the Australian Juvenile Graded Latin champion and made his first TV appearance on the Australian show Strictly Dancing at the age of 18. In May 2019, Byalikov became engaged to his girlfriend Kelsey Kramer. 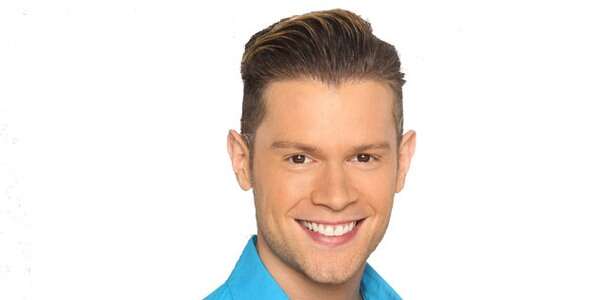 Henry Byalikov Facts:
*He was born on December 5, 1985 in Sydney, Australia.
*He is of Russian descent.
*He started his dancing career at the age of nine.
*He competed on the eighth season of the Australian version of Dancing with the Stars as a professional dancer. He was partnered with TV presenter Toni Pearen.
*In 2014, Byalikov was announced as one of the celebrities to compete on the 18th season of Dancing with the Stars, in which he finished in last place. He was partnered with long-distance swimmer, Diana Nyad.
*Currently, he performs in the US tour for the stage musical of The Bodyguard.
*Visit his official website: www.henry-byalikov.com
*Follow him on Twitter, YouTube, Facebook and Instagram.