American glamour model and actress who has appeared in high profile magazines such as Maxim, FHM, Muscle & Fitness and Glamour; and in website AskMen’s Top 99 Most Desirable Women of 2009. As an actress, she has made uncredited appearances in a number of movies and TV series, including Frost/Nixon, Fast & Furious, and The Ugly Truth. 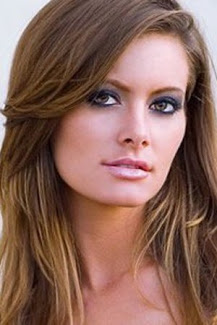 Born Holly Beth Weber on September 20, 1984 in Loma Linda, California, Weber is the youngest of three children, with brother Ricky and sister Melissa. Her parents divorced when she was five years old. Weber was studying for an Orthodontics degree when offered a chance to work as a go-go dancer.

Holly Weber Education:
She attended 4 different High Schools in as many years, and finished her schooling after relocating to Newport Beach, CA and has made it her permanent home.

Holly Weber Facts:
*She was born on September 20, 1984 in Loma Linda, California, USA.
*She was discovered at a nightclub in Las Vegas, and was invited to work as a go-go dancer in Las Vegas and Hollywood.
*She was crowned Miss FHM for West in 2006.
*She appeared at no. 66 on AskMen’s Top 99 Most Desirable Women of 2009.
*Her hobbies include running, dancing and gardening.