Hussain Asif is an actor, dancer and entertainer, best known as one of the members of the group DhoomBros, a Pakistani-American dance group, as well as YouTubers, actors, singers and entertainers. The other members of the group are Shehryaar Asif, Atif Khan, and Waqas Riaz. In 2008, the DhoomBros officially launched their first YouTube channel (DhoomBros) and their official Facebook page. DhoomBros’s most popular YouTube videos include Best Mehndi Dance 2013 and How Bollywood Are You?. They formed their main channel, ‘TheDhoomBros‘, in July of 2012. Born on October 19, 1993 in Pakistan, his older brother Shehryaar Asif is one of the DhoomBros. He has one younger sister named Maha. 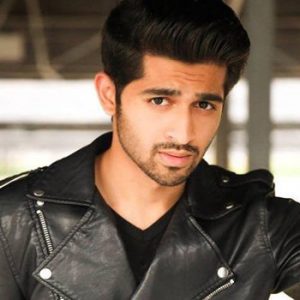 Hussain Asif Facts:
*His father is a businessmen.
*One fourth of the popular DhoomBros team of YouTube entertainers.
*He has two siblings, a brother Shehryaar Asif and a sister Maha Asif.
*He speaks Urdu, English and Punjabi.
*Follow him on Twitter, Facebook and Instagram.