Ian Harding is an American actor. He is best known for starring as Ezra Fitz in the teen mystery-drama series Pretty Little Liars, for which he garnered multiple Teen Choice Awards. In 2019, Harding joined the cast of NBC medical drama Chicago Med, playing the recurring role of Phillip Davis. He also voices the role of Harris in the Netflix animated series Kipo and the Age of Wonderbeasts. Born Ian Michael Harding on September 16, 1986 in Heidelberg, Germany, to an American military family, his parents are Mary and Stephen Harding. His family moved to Virginia a few years after his birth. Harding was educated at Georgetown Preparatory School in North Bethesda, Maryland, and attended the Acting and Music Theater program at Carnegie Mellon University. 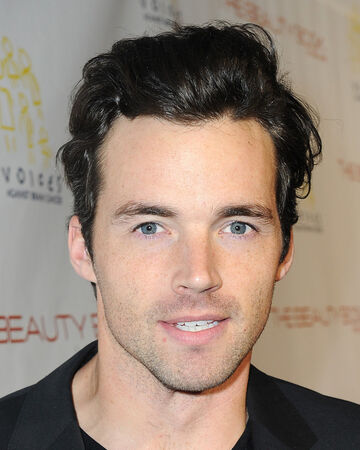 Ian Harding Facts:
*He was born on September 16, 1986 in Heidelberg, Germany.
*His father, Stephen, is a New York Times best selling author.
*He starred as Ezra Fitz on the ABC Family series Pretty Little Liars from 2010 to 2017.
*He is close friends with Tyler Blackburn, Julian Morris and Lucy Hale.
*He is afraid of the ocean.
*He has two Labradoodle pups named Mochi and Bailey.
*He enjoys cooking all types of stuff.
*Follow him on Twitter and Facebook.