Chinese singer-songwriter who won the Golden Melody Award for Best New Singer in 2013. Li has released six studio albums, three EPs, and has held three huge concert tours and become the first singer from the Chinese mainland to hold concerts at Hong Kong Coliseum and Taipei Arena. As an actor, he has appeared in Duckweed, Keep Calm and Be a Superstar, Always Miss You, Wo di ju xing, and Flayer. 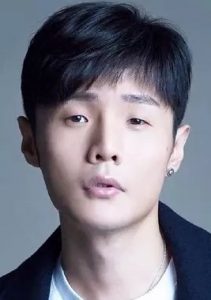 Li Ronghao Facts:
*He was born on July 11, 1985 in Bengbu, China.
*He released his debut album, Model, in 2013 with label Linfair Records.
*His song Stubborn Love (不将就) from his third album An Ideal (2015) hit number 1 on Taiwan’s iTunes Popular Singles Chart in April 2015.
*He made his acting debut in the 2017 Chinese drama film Duckweed.
*He married Taiwanese singer and actress Rainie Yang in September 2019.
*He was ranked #59 on the Forbes China Celebrity 100 List in 2020.
*Follow him on YouTube, Facebook and Instagram.