Idris Elba was born Idrissa Akuna Elba on September 6, 1972 in Hackney, London, England, UK to Eve and Winston Elba. He is a British actor, producer, singer, rapper, and DJ who became known for his roles as drug kingpin Stringer Bell on HBO’s The Wire and Detective John Luther on BBC’s Luther. He made his big screen debut in the 1999 French film Belle maman. His film credits include Ridley Scott’s American Gangster, Takers, Prometheus, Pacific Rim, and Thor: The Dark World. He married Kim Elba in 1998, but they separated in 2003. In 2014 he and his girlfriend, Naiyana Garth, welcomed a son. they split in 2016. 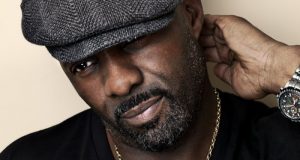 Idris Elba Facts:
*He was employed as a DJ at various nightclubs under the pseudonym Big Driis.
*He is the only male that has ever appeared on the cover of Maxim magazine.
*In April 2016, he was named one of Time magazine’s 100 Most Influential People in the World.
*Follow him on Twitter, Facebook, Myspace, Google+, and Instagram.