Isaac Hempstead Wright is an English actor. He is best known for his portrayal of Bran Stark on HBO’s Game of Thrones, for which he earned a Young Artist Award nomination as Best Young Supporting Actor in a TV Series. He also starred in the 2013 crime thriller Closed Circuit, and provided the voice of Eggs in the 2014 animated film The Boxtrolls. Born Isaac William Hempstead on April 9, 1999 in Surrey, England, Hempstead Wright began his professional acting career at the age of eleven. He was educated at Queen Elizabeth Grammar School, Faversham, Kent. 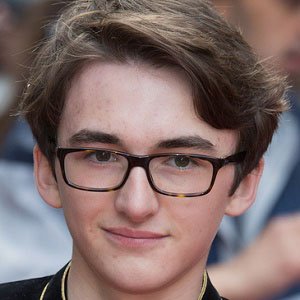 Isaac Hempstead Wright Facts:
*He was born on April 9, 1999 in Surrey, England, UK.
*He started acting in commercials, and studied acting at the Kent Youth Theatre in Canterbury.
*He made his film debut in the horror film, The Awakening (2011).
*He played Bran Stark in the hit television series Game of Thrones.
*He plays the guitar, piano and ukelele.
*Also a humanist, Hempstead Wright became a patron of the humanist charity Humanists UK in 2019.
*Follow him on Twitter and Instagram.